The Committee deals with the running of the society in this world, and can be reached at larp-exec@srcf.net Enquiries about events and the society in general should be sent here. 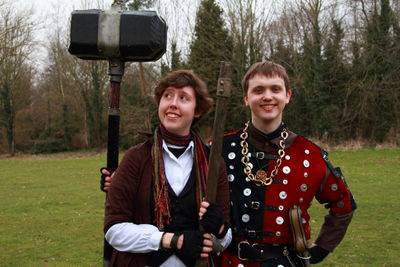 The Refs deal with in-game matters, such as the game rules and character creation. They can be reached at larp-refs@srcf.net

In addition to this website, CLS also runs a wiki. This is used by players to create individual pages for their characters and themselves, to organise social events and to discuss other matters related to the society or of general interest to members.

The CLS Wiki can be found here.

CLS players can be easily found on the #larp social irc channel, based on irc.srcf.net. Please drop in if you have any questions or interest in the society or live roleplay in general, we are always pleased to meet new people.

If you have no idea what IRC is, try downloading mIRC or Trillian (googling for their names gets you the download link) - 'irc.srcf.net' is the 'server', and when you are connected to the server you can type '/join #larp' to get into the right channel. 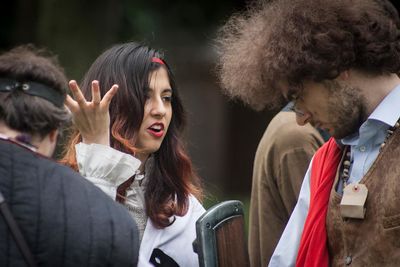 During the university holidays, social roleplay sometimes occurs on the IRC channel #incharacter (also on the SRCF server), with out-of-character discussion of events taking place simultaneously on #peanut-gallery. Whilst these events are not an official part of the game canon and are not supervised by refs, events there are often informally agreed to have happened between the characters in downtime. As #incharacter is unofficial, players are strongly encouraged not to take mechanical actions there, including but not limited to: combat, offensive casting or spreading of information gathered in downtime. We also recommend that new characters are introduced in uptime before appearing in #incharacter.

Many people like to have IRC running while their computer is off so they can still get messages. If you are a member of the University of Cambridge you can do so as described here.