We take equal opportunities very seriously. We aim to create an environment at our events that is accessible to all and free from discrimination and prejudice. 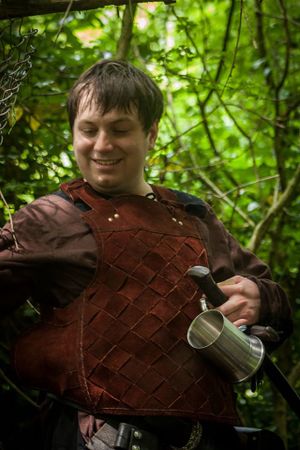 In order to achieve this, we ask that every participant show respect to others, on an Out Of Character (OOC) level, including using appropriate and respectful language at all times while at the society or using society-provided means of communication (facebook, wiki, etc. If needed, the Exec maintains absolute moderation over the Society's online presence). Discrimination on the grounds of gender, sex, disability, sexuality or OOC skin colour make no sense in the game's setting and we do not expect anyone’s characters to express sexist, ableist, homophobic, transphobic or racist views.

Discrimination may exist within the game world; different species and subspecies may look down on others and different factions may have hierarchies, etc. The point is simply that such discrimination should be solely about in-character factors, rather than factors of the person playing the character. Real life discrimination in or out of character on the grounds of gender, sex, transgender status, disability, sexual orientation or sexual behaviour is not acceptable. In particular we ask people to be careful to use people's preferred names and pronouns given that people may play characters of a different gender to their own.

Please note that our game contains various curses and mental effects which can affect your character's mind, however please be very careful if you chose to roleplay characters with any kind of mental illness or disability and avoid hurtful stereotypes. While a roleplay effect could cause you to act more strongly on your feelings or desires, roleplay effects that cause new sexual desires are not allowed in our games. Roleplay effects should never make you do something you're uncomfortable with.

As part of this, we expect our participants not to disable other participants from engaging with the game; each participant should feel safe and comfortable deciding their own level of involvement, and should not experience pressure to hold back or engage when they do not wish to. If someone indicates OC to you that a topic is making them uncomfortable then you should stop mentioning it. It is always acceptable to drop OC to remove yourself from a scene that's making you uncomfortable. All CLS games shall include both a verbal and a non-verbal mechanism for doing this. If the Refs and Exec judge that a participant's continued involvement in the game or part of the game would be genuinely detrimental to their health and well-being or the health and well-being of others, they do have the authority to require you not to participate. 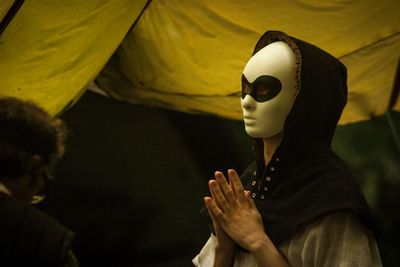 If you encounter behaviour contravening this policy, please inform a ref or a member of the exec as soon as you are able. The refs and exec have the authority to investigate the situation, and then warn the person responsible, require them to leave the game, or permanently ban them from the game, depending on the severity of their behaviour. There is no system of appeal. The exec are ideally the first point of contact but it's fine to speak to a ref if you prefer.

Socialising is an important part of live roleplaying but nobody attending an event should have to tolerate sexual harassment. We encourage any individual who experiences sexual harassment from another participant to report the incident to us at the earliest available opportunity, so that we can deal appropriately with the matter.

Unwelcome actions such as the following are inappropriate and, depending on the circumstances, may in and of themselves meet the definition of sexual harassment or contribute to a hostile game environment:

Many sexual harassment issues in live roleplaying occur when participants use their character to justify what would clearly be inappropriate when not roleplaying. Participants should take care to ensure that if their behaviour involves conversation or physical contact in a sexual or intimate manner that they do not do so in a way that causes the recipient to feel out-of-character uncomfortable, regardless of any in-character considerations. 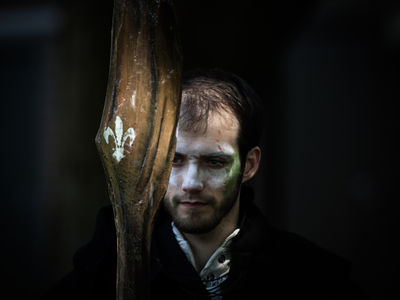 We are committed to creating an environment where there is mutual respect and equality of opportunity for all participants. We want our games to be inclusive - where everyone can take part and everyone is welcome - and we oppose all forms of unlawful and unfair discrimination.

How We Will Handle Complaints

It is not possible for us to create an environment that is free from discrimination or harassment by ourselves. It can only be accomplished if everyone who participates in the game works towards that goal. Challenging inappropriate behaviour by other participants is helpful, but not everyone is comfortable or confident to do that. We want all participants to be confident that they can bring complaints to us and that we will deal with them promptly, respectfully, and appropriately. 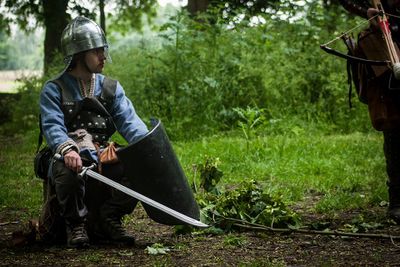 In general we operate on a “single warning” policy; players who commit some significant misdemeanor (such as sexual harassment) receive a written warning making clear that any further complaints about them will result in their permanent exclusion from the event. The nature of complaints in LRP is that there is very little other than hearsay evidence. Giving the accused a single warning gives a reasonable balance, giving them a chance to avoid making a similar mistake in future while avoiding the need to make a judgement beyond reasonable doubt of the veracity of either party. In cases where an incident is extremely serious we issue an immediate ban; we do not require evidence beyond reasonable doubt, but rather use the same “balance of probabilities” test we use for any other incidents.

If a participant wishes to report an incident but wishes to remain anonymous or does not otherwise want to make a formal complaint, then we adjust our complaints process to reflect their wishes. The issue is discussed in detail with the complainant and we investigate it as thoroughly as we are able to without compromising their anonymity. The incident is noted against the accused person; if there are independent complaints in the future against the same party then we would use the history of previous incidents in determining the outcome of subsequent complaints.

For this kind of complaint, the Exec are the first people to speak to, but you can also speak to the Refs if you prefer.