A Guide To Roleplaying

If you're reading this you probably know what "role-playing" is as a concept, and have maybe done some of it - if not, have a look at our FAQ. Role-playing is about acting in character (IC), i.e. you do what the character you're playing would do, and not necessarily what you would do in an equivalent situation. In LARP, role-playing is also a cooperative effort: players interact with each other while IC so as to create an immersive experience for everyone.

However, we know that getting into character for the first time can seem challenging and you might be worrying more about role-playing correctly than actually engaging with the world around you, which can dampen the enjoyment. This guide was designed with the intent to help you get more familiar with role-playing. 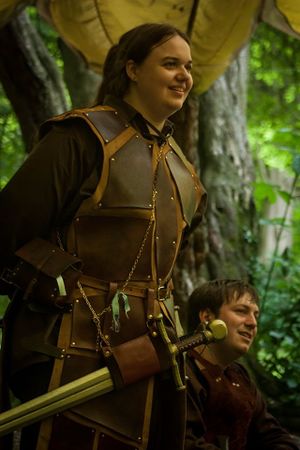 It’s good to have a solid character background from which you can get an idea of how your character interacts with the rest of the world. Even if you wish to keep details vague, you should have at least a few firm points about where they are coming from.

Asking yourself the following questions will help you write a background:

Many sign-up forms have some version of these questions incorporated to help you shape your character. You might even go as far as writing an IC diary of before the current events took place and carry that with you as a reference.

Your background will be your foundation, but keep in mind that due to the interactive nature of the games your character might evolve in unexpected ways that might not always align with your wishes as a player!

You don't need to know everything

Your character doesn't need to (and in fact shouldn't) know everything about the setting. There is a huge amount of information on the website, but your character is unlikely to have extensive knowledge of aspects of the world and society that do not directly concern them. Unless you have a reason in your backstory why you should know about a specific thing (e.g. common knowledge, or how they learnt a specific skill), it's safe to assume ignorance. This both keeps things balanced for new players and makes the world more interesting. You can model information (and disinformation) flow if your knowledge about the world comes mostly from what others have told you IC.

Secondly, while in-character, avoid arguments about what the website states should be true in the world - if you need to have a discussion like that, it should be in the OC area. Some aspects of the world are deliberately left unspecified, thus leaving space for IC creativity. Whatever claims about the world you make, back them up with your character background and remember that other people’s characters might view the world differently or might be misinformed, or even be lying. The players themselves might have different levels of understanding of how the world works, or slightly different opinions on it, especially if much of the mechanics is kept a secret meant to be found out in play. 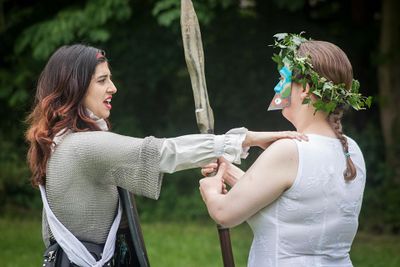 What happens while IC is entirely based on in-game dynamics, and any enmity other characters might show towards yours should not be thought of as a personal attack on you as a player. If you believe they are acting out of OC reasons, speak to the refs or the exec. Similarly, don’t feel obliged to engage with any IC content and role-play that you aren’t comfortable with OC.

Additionally, don’t start chatting about how your OC week went while in the IC area: this is a space for IC role-play. If you wish to catch up with friends who also attend sessions, do so in the OC area. If you need to take a break from your character at any moment, you can always move to the OC room, and are recommended to do so if role-playing is getting too taxing on you. On a similar note, do not point out obvious OC elements in the IC room which are there either by accident or for necessity to others. While the organisers do try to keep the environment immersive, accidents like the Tesco bag floating in the Pool of Wisdom, or fluffy dogs intercepting our linears happen.

Lastly, try to convey your actions with minimal references to words relating to system mechanics. While it is necessary to say a CALL for it to mechanically take effect when an action is being performed (if the system has CALLs), you should try to not use the name of the CALL when describing the action. Example: you use your skill “EFFECT: TERROR” on someone’s character, leaving them to deal with the frightened role-play, then go around bragging around it. “I used the power of my words to bring them into submission and after I was done only a trembling shadow was left behind me” is a cool way to portray it, as opposed to “I used skill X to do EFFECT:TERROR and that worked.” 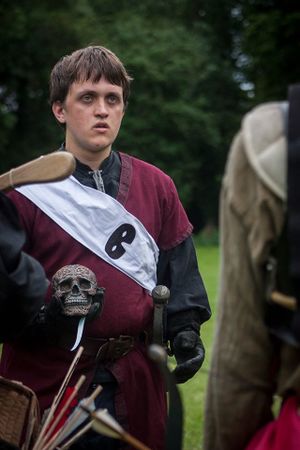 If background gives you foundation, you may wish to build layers upon it by focusing on how to “act” like your character. Think of a scene and an action they would take, then act it out.

Would they raise their voice if angry, or would they switch to an icy cold tone? Would they go silent in the face of terror or would they scream, or run away? Do they often adjust their clothes while standing or pass a hand through their hair? Do they click their tongue in annoyance, or whistle/sing to themselves when happy? You can even use some warm-up exercises: pick a way for your character to walk and practice it; move your hands, eyes and head like they do when speaking; try out different tones and breathing rates (though don't worry if that seems too advanced!). In brief, feel your character within yourself and use your body to portray that feeling as closely as possible.

If fighting, role-play tiredness and injuries. Yes, you are not actually getting hurt, but your character is and even if you still have life points left, they are unlikely to be moving at full speed if they have just taken a beating. Role-playing in a fight is difficult, because of the many things happening at once, but it looks extremely cool!

Lastly, do not feel the need to overdo it. Better role-playing comes with time and practice, and no one is going to judge you in LARP! If you ask, veteran players will be happy to give you tips on how to better role-play whatever action you are trying to perform, such as surgery on a dying patient or slaying a defeated enemy. Watching others is also a great source of inspiration and learning. 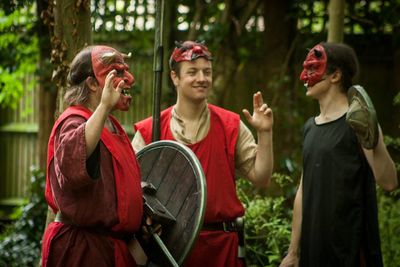 What not to do

Do not assume your character is flawless, or unchanging. Characters, very much like their players, make mistakes and sometimes act “out of character” or in an unusual way for them (just like a real person might in real life sometimes act unlike themselves). Likewise, characters can change, just because you scripted them to be a villain, it does not mean that the character cannot turn out to be a hero by the end of the season.

Do not write a character with maximal success skills sets for the setting, write a character which you will enjoy playing regardless of their raw assets. It is entirely fair to play a coward with no useful skills and no particular talents who is part of an IC discriminated against minority, and that can make your game surprisingly interesting.

Do not fear the unknown, or rather, let the thrill of the uncertainty seduce you. Due to the unscripted nature of the games, many characters develop in unexpected ways. As a player, you might or might not be comfortable with this and might wish to end your character and start anew if they stray too much from your ideal play. However, it is good to keep some flexibility of thought as to what your character might actually end up doing.